Director of UNSOS Mr. Amadu Kamara said that the new mandate of UNSOS reflects the United Nations’ ongoing commitment to Somalia by providing enhanced support to AMISOM, UNSOM and the SNA in joint operations with AMISOM.

"A nimble and strengthened UNSOS will help make AMISOM and UNSOM more effective, which in turn will allow for further erosion of Al Shabab’s capacity, creating the space needed for political reconciliation, state formation, and extension of Government authority in the whole of Somalia, ”he said.

In the resolution establishing UNSOS, the Security Council also requests the Secretary-General of the United Nations to keep it informed of possible arrangements for providing, through another entity other than UNSOS, a non-lethal support package for the Somali National Police and extension of the non-lethal support package for the SNA to Puntland forces that will be integrated into the National Army. 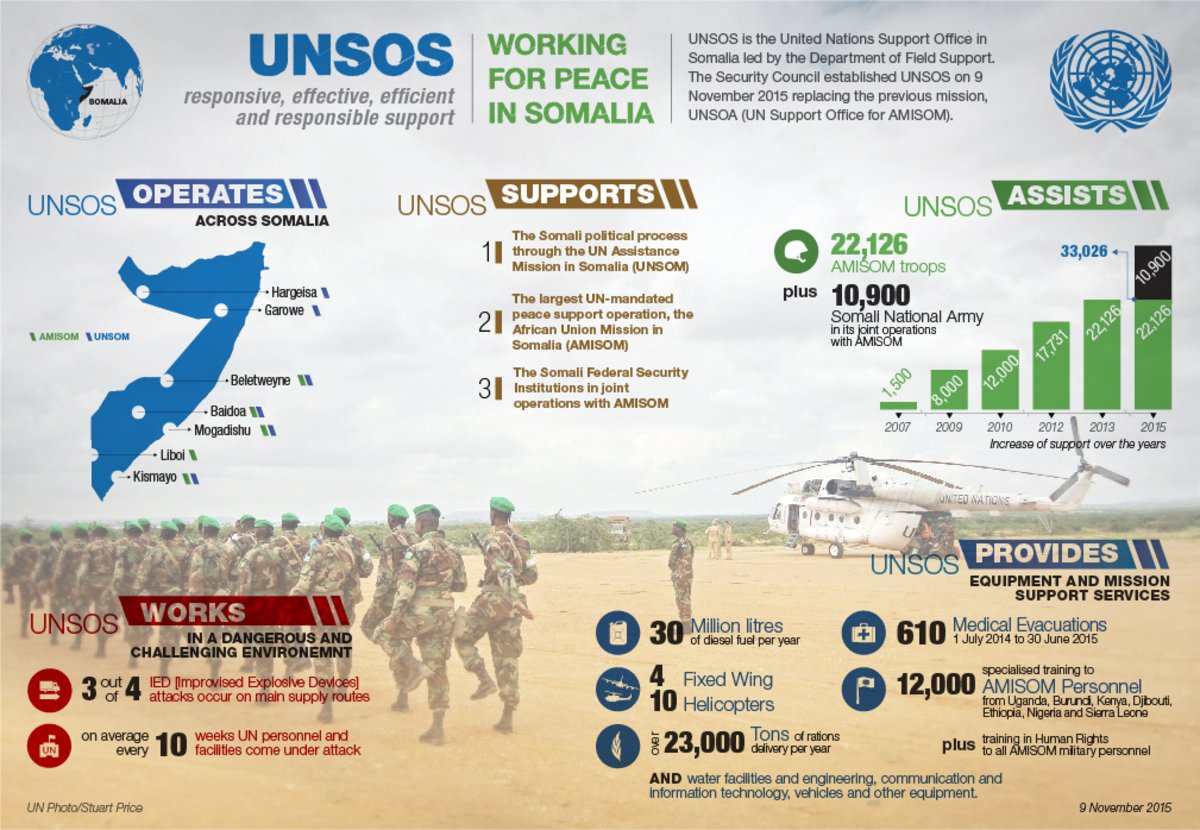